As the only state left in America that doesn’t allow beer-to-go sales, the Texas Craft Brewers Guild
applauds Senator Buckingham and Representative Rodriguez’s commitment to bringing Texas on par
with the rest of the nation and setting craft brewers on a more equal playing field with other Texas
alcoholic beverage producers.

Current law states that Texas manufacturing brewers who produce less than 225,000 barrels of beer
annually can sell up to 5,000 barrels annually of beer produced on the premises to tasting room visitors
for on-premises consumption. SB 312 and HB 672 propose a simple addition to the current law to allow
for on-premises “or for off-premises consumption” of these products. This change would not impact the
overall quantity of beer brewers can sell from their tasting rooms annually, but would give patrons more
freedom to enjoy that beer either in the tasting room setting or back at their homes.
“As a promoter of a fiscally responsibly limited government, I believe Texas craft brewers should have
the right to sell beer and ale to consumers for off-premise consumption — a privilege the state already
provides to wineries, distilleries and brewpubs in Texas,” said Senator Dawn Buckingham (R-Lakeway).
“Senate District 24 is home to many craft breweries, and with Texas being the only state in the country
that does not permit off-premise sales at production breweries, I have filed SB 312 to encourage further
economic development in my Senate District and to eliminate this unnecessary government overreach.”
In 2018, at the Texas Republican Party Convention in San Antonio and the Texas Democratic Party
Convention in Fort Worth, both political parties included for the first time, rare, bipartisan support for
beer-to-go sales in their respective party platforms.

“The fact that both parties expressed unequivocal support for beer-to-go in their 2018 platforms
demonstrates the bipartisan, grassroots momentum surrounding this issue,” Texas Craft Brewers Guild
Executive Director Charles Vallhonrat said. “This is something Texans care about and the more they
continue to make their voices heard, the harder it gets for big beer distributors to ask lawmakers to defy
the will of their constituents and vote against something that both major political parties, the brewing
industry, and consumers support.”

So far, over 7,000 people have signed an online petition to urge the Texas Legislature to legalize beer-togo sales. Texans who want to get involved in the fight to #FixTexasBeerLaws can visit craftpac.org/action.

ABOUT CRAFTPAC:
CraftPAC is a Texas-based general purpose Political Action Committee (PAC) founded by members of the
Texas Craft Brewers Guild. It is a Board of Directors led organization formed to protect the rights of Texas craft
breweries and champion common sense, 21st century legislative reforms. To learn more about CraftPAC visit
www.craftpac.org.

ABOUT THE TEXAS CRAFT BREWERS GUILD:
The Texas Craft Brewers Guild exists for the purpose of promoting Texas craft beer, educating the public about
the qualities and attributes of craft beer and advancing the common interest of Texas craft brewers. The Guild’s
Board of Directors hail from craft breweries in all the major metropolitan regions of the state, as well as different
brewery types and sizes to represent the Guild’s over 250 brewery members throughout the state, including
operating breweries, as well as those that are in the advanced planning stages. The Guild also welcomes allied
trade and retail members who support the craft brewing industry. To learn more about the Texas Craft Brewers
Guild visit texascraftbrewersguild.org. 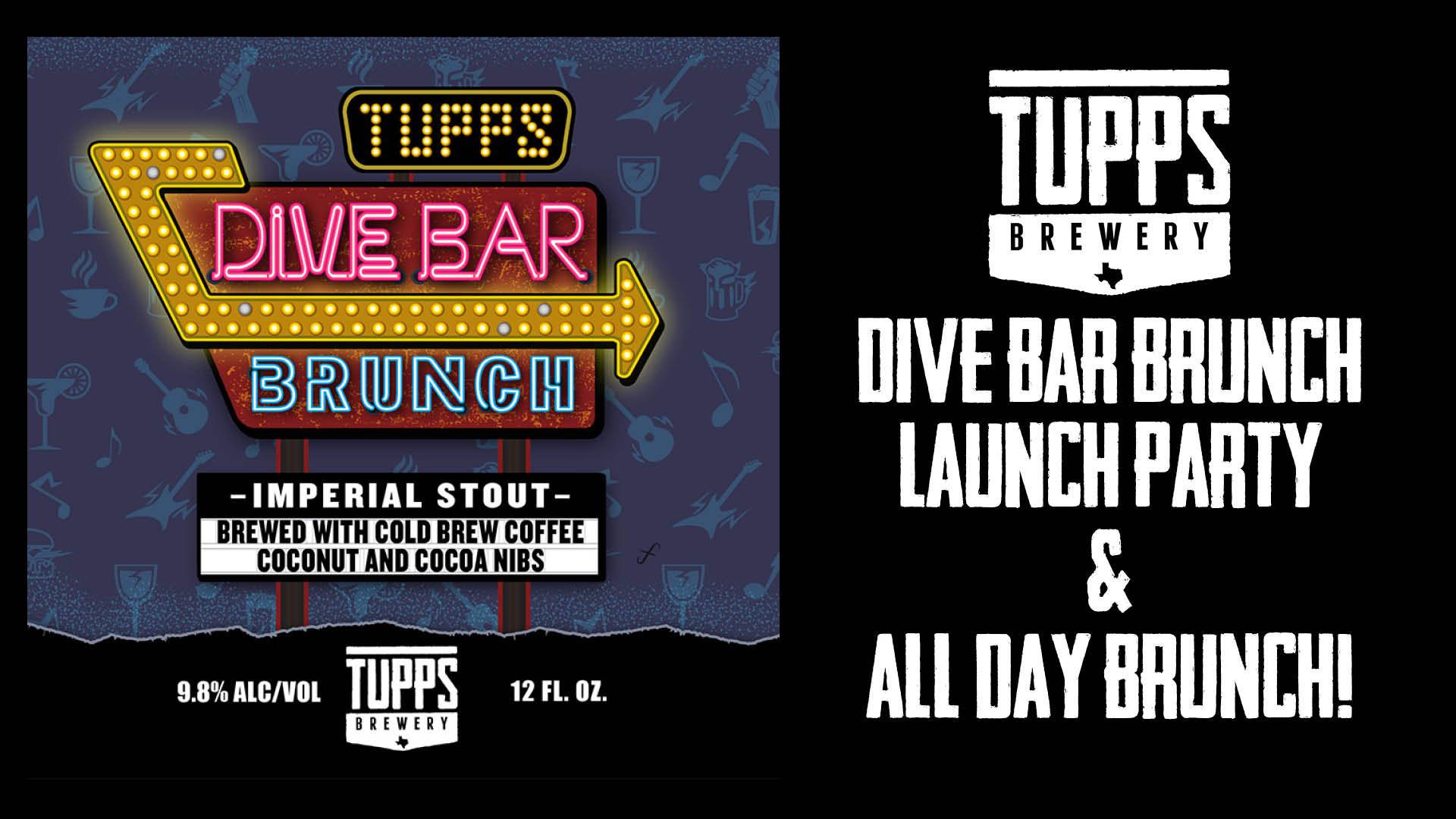 Join us on Sunday for DIVE BAR BRUNCH!

Join us on Sunday for DIVE BAR BRUNCH!
We’ll have the launch of our Imperial Stout, Dive Bar Brunch, on draft, and JilliBean BBQ out for BRUNCH ALL DAY!
The big screen will be up with NFL Playoffs on all day, too.
Dive Bar Brunch is am Imperial Stout brewed with Cold Brew Coffee, Coconut, and Cocoa Nibs. Draft will be available for brunch on Sunday, and we’ll can it into 6 packs next week that will be available on Wednesday, 2/1.
Jillibean’s menu is looking tasty…
🍳Brunch Bowl – potatoes, 2 meats, fried egg, salsa and shredded cheddar
🫔 Breakfast Burrito – same the bowl stuffed in a large tortilla
🌮Breakfast Tacos on flour tortillas – brisket, pulled pork or bacon, with potatoes, shredded cheese, and salsa
🥪Smoked Bologna Sammich with fried egg and shredded cheddar
🌮Texas Street Tacos – 6 inch corn tortilla, bbq meat, shredded cheese, tomatillo sauce, cilantro, onions
🥪BBQ Sammich
🌭Smoked Sausage Dogs and 1/4 lb all beef hotdogs
Don’t like beer? We’re busting out the Mimosas, and we’ll have our Blur Hard Seltzers and regular non-alcoholic options as well.
See you Sunday! 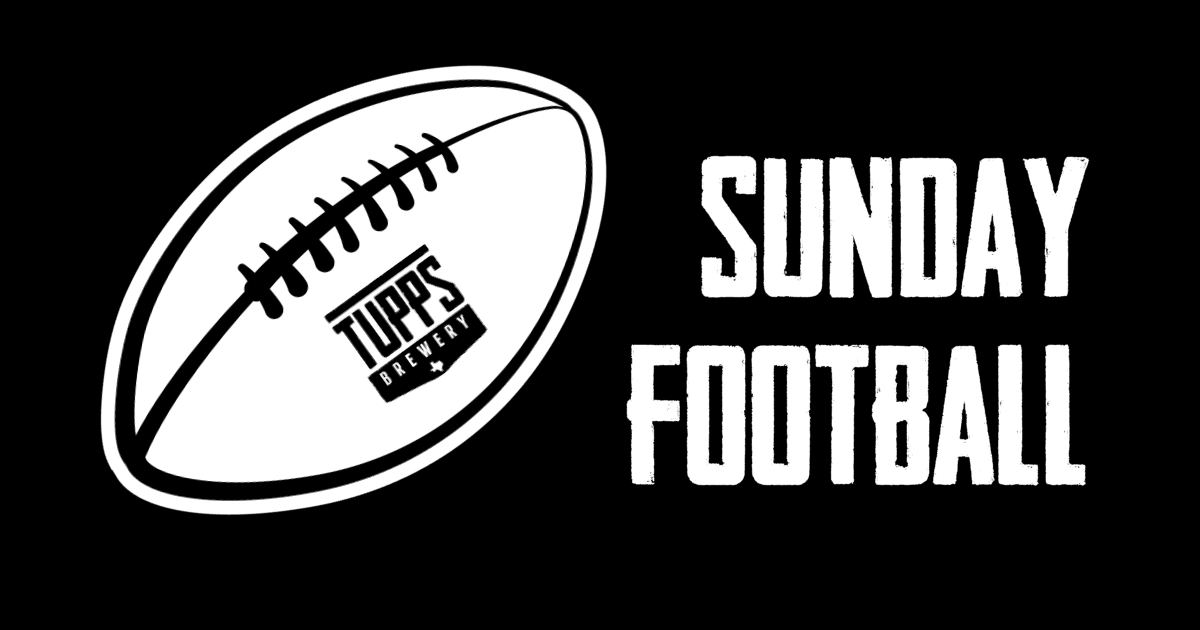 Join us in the taproom - BIG SCREEN UP! EAGLES VS 49ERS AT 2:00 PM Jillibean BBQ out serving Brunch and Lunch from 12-6 PM! Check out the Dive Bar Brunch event

Jillibean BBQ out serving Brunch and Lunch from 12-6 PM! Check out the Dive Bar Brunch event for full details.