Grab a can! TUPPS Brewery craft beer in stores near you

By: jmerrell|Published on: Mar 10, 2016|Categories: Uncategorized|

Grab a Can! TUPPS Brewery Brings Local Craft Beer to DFW Stores
Your favorite Texas inspired beer is now available in cans at Specs, Total Wine, Goody Goody and more
McKINNEY, Texas (March 9, 2016) – TUPPS brewery announced the release of its Texas inspired beer into stores across the Dallas/Fort Worth metroplex. Starting on March 18, 2016, craft beer lovers can visit local Specs, Goody Goody, Whole Foods, Total Wine, Fossil Creek Liquor, Market Street and other local craft beer retailers to purchase cans of Texas Shade Wheat, Cotton Mill Gold Pale Ale, TUPPS IPA, Northbound 75 Fire Roasted Poblano Pale Ale and Black Ale from TUPPS brewery. For more information about TUPPS beer, visit www.tuppsbrewery.com.
“We are so pumped to be releasing our top five beers into local stores this week” said Keith Lewis, founder and president of TUPPS Brewery.  “The heart of TUPPS is its local, Texas pride and we can’t wait to reach more craft beer lovers in the Dallas/Fort Worth area and to get our name out there.”
To celebrate the launch of its cans in local stores, TUPPS Brewery is hosting multiple canning launch parties around DFW beginning Monday, March 14:
For more information about TUPPS Brewery and a complete list of locations carrying TUPPS cans, visit www.tuppsbrewery.com.  Also, keep up with us onTwitter, Facebook and Instagram for events, brew news and where you can purchase TUPPS beer.
About TUPPS Brewery, Handcrafted in McKinney Texas
TUPPS Brewery is a craft brewery founded by Keith Lewis and Tupper Patnode in 2015. After brewing hundreds of gallons of craft home brew over a 6-year period in Keith’s garage, Keith and Tupper realized that there is a need for a brewery in the North Texas area that produces great craft beer in the spirit of Texas. We’re a small family (two families actually) owned brewery. All three of Keith’s kids now work for TUPPS. Tupper’s daughter and wife are always pitching in on the weekends. Our goal is to make great tasting beer and provide an amazing place to hang out. 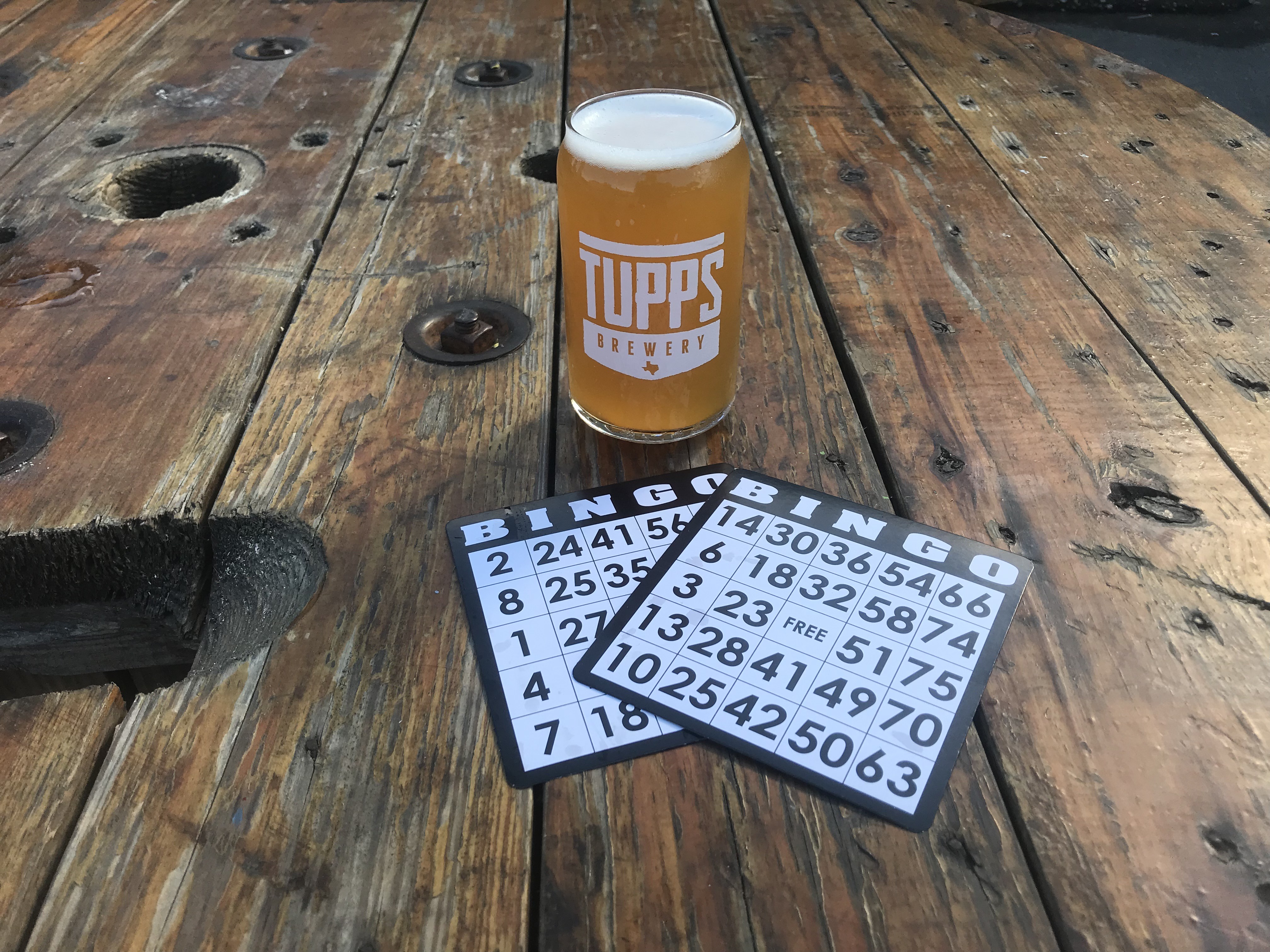 Free to play! Games start at 7:00 PM. Games are family friendly, but prizes are for adults. Prizes will be TUPPS swag: glassware, t-shirts, koozies, etc. Barley by Rye

Free to play! Games start at 7:00 PM.
Games are family friendly, but prizes are for adults.
Prizes will be TUPPS swag: glassware, t-shirts, koozies, etc.

Cousin's Maine Lobster Food Truck will be out from 4:30-9:00 PM serving up everyone's favorite lobster dishes, and Barley by Rye will be open with their full menu from 5:00-8:30

Cousin’s Maine Lobster Food Truck will be out from 4:30-9:00 PM serving up everyone’s favorite lobster dishes, and Barley by Rye will be open with their full menu from 5:00-8:30 PM as well!

Live Music kicks off on the stage at 1:00 PM and goes until 4:00 PM! Barley by Rye will open for lunch at noon, so come hungry.

Barley by Rye will open for lunch at noon, so come hungry.